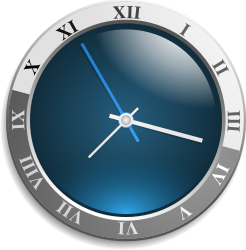 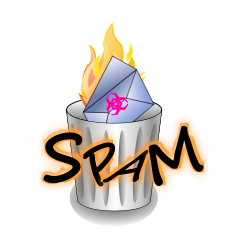 Spam is bad! Kill it with fire!
Image from openclipart.org.

Due to the irritating nature of spam email, companies have started hardening their policies for how they handle emails that originate from various sources. A recent change that has hurt a lot of sites and mailing lists lately is that email providers have begun to make their DMARC policies very strict. Specifically, email providers are saying, "If the email says that it is from one of our email servers, but it didn't come from our server, then deny the message." (I'm looking at you, Yahoo! and AOL!) This in and of itself is not the whole problem. The recipient email service must agree to respect DMARC policies. When they do, emails that say that they are from a domain, but are from somewhere else, are silently rejected.

"But wait," you say, "this sounds totally reasonable!" You're right. And wrong. And right. Let's just get this sorted out. 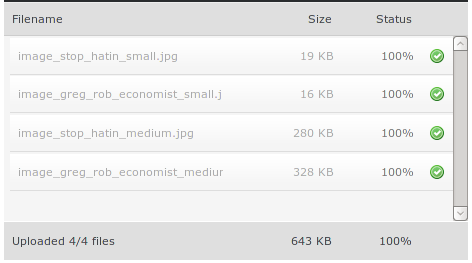 For a recent project, I needed to find a good, reliable, and inexpensive cloud storage solution to integrate with my Drupal site. As we know, developers are creatures of habit, and we often reuse the same solutions for similar problems. In looking for cloud storage solution, I first went to the two main competitors: Amazon S3 and Rackspace.

I don't want to spend a lot of time on this topic, but I will say, first of all, that both companies are excellent choices and well-respected providers of cloud storage service. Both of them even have similar pricing. As it turns out, pricing was the major issue and the Achilles' heel of my project. In the worst case scenario, it was just too expensive to use either of them for cloud storage, and in the best case profits would be too slim to offset the worst-case threat.

Taxonomy is a great tool in Drupal for categorizing information, unfortunately it is not often very "pretty" for the end user to interact with. Taxonomy Term Tree Widget addresses this deficiency by generating a pleasant, familiar tree structure from the target vocabulary's terms and their corresponding hierarchies. There is one problem, however, and that is that it is very difficult to filter the visible terms programmatically. The list can be filtered using a view (a setting accessible in the widget configuration form) however such a simplistic approach may not be flexible enough for most applications.